In the last few weeks of my time in Kenya, I went around and visited some of the country's attractions, namely Hells Gate National Park, Lamu and the Elephant Orphanage near Nairobi. 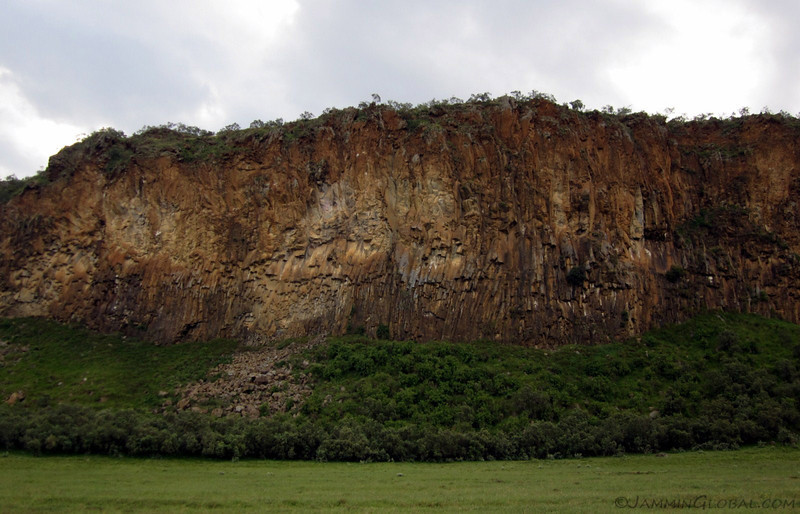 The columnar basalt face of the cliffs. 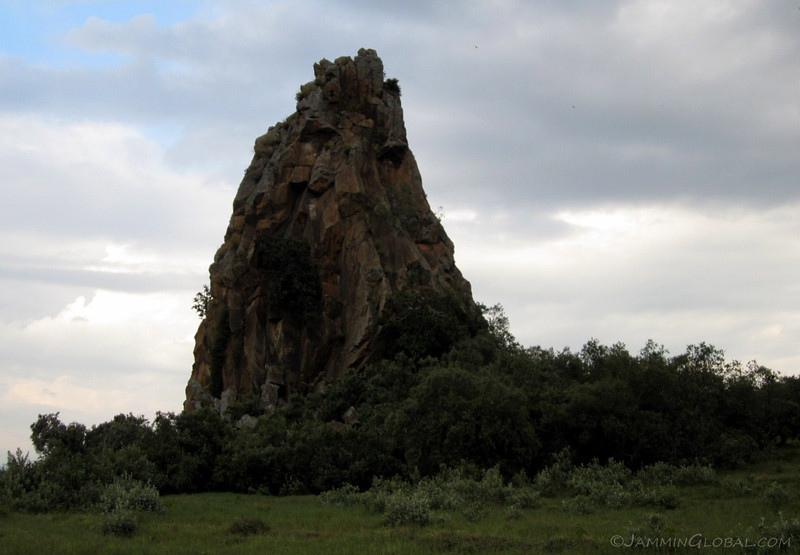 Fischer's Tower, one of two volcanic plugs that protrude from the ground and provide an excellent peak for rock climbing.

Lots of zebra were around when I visited and... 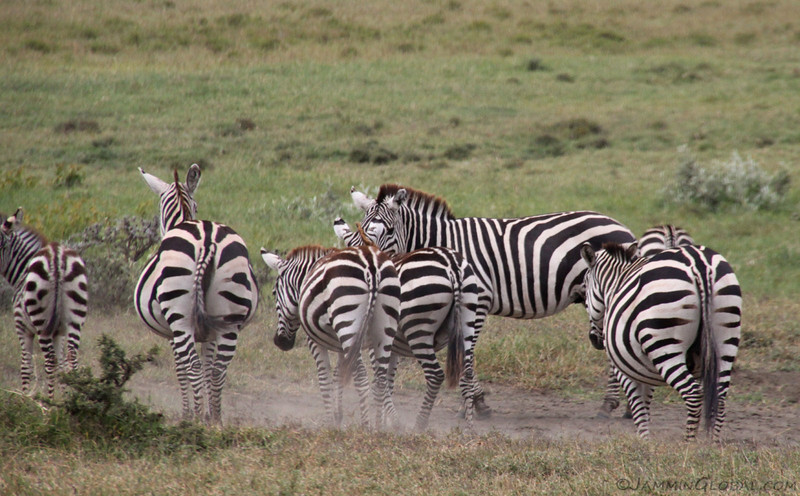 ...they showed disinterest in me by showing me their butts.

Hell's Gate is so named because of a narrow gorge that runs through the park. 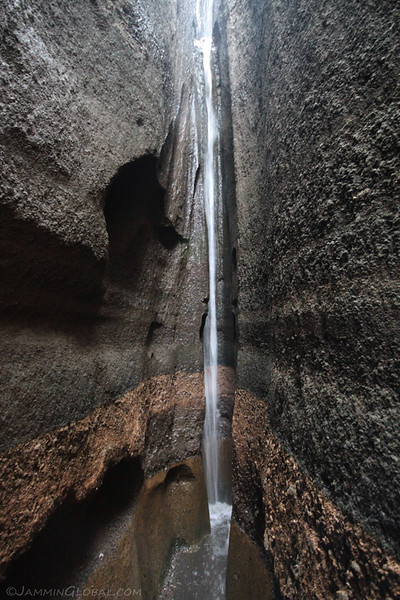 The sculptor of water at work. This thin waterfalls was cutting its way back into the rock and creating this narrow gorge.

The hike down the gorge was exciting, narrow and slippery in places...

...but well worth the effort for spending some time in these natural rock cathedrals, all carved by water.

The other volcanic plug in Hells Gate, Central Tower. This is the core of an extinct volcano. Once the magma hardens, it can't be easily eroded unlike its surrounding rock and given enough time, nature produces these prominent rock sculptures.

Leaving the park and noticing a relative of Pumba crossing the road. The Lion King crew is said to have spent time in Hells Gate getting inspiration and appreciation for the land. 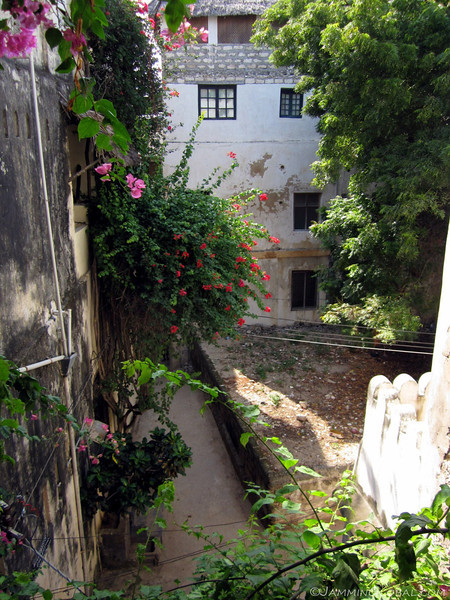 A few weeks later, I went down to the coast with a group of friends from Nairobi for a weekend in Lamu, an old island town on Kenya's north coast. 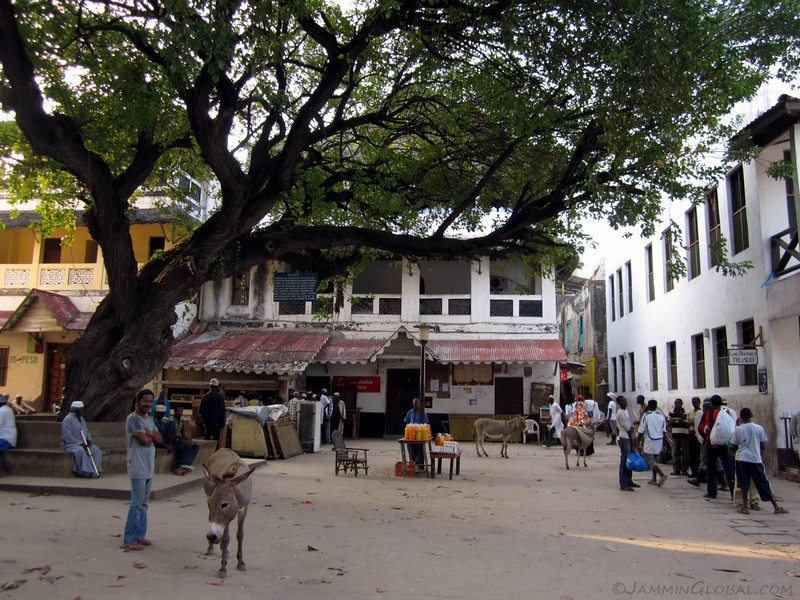 The central square in Lamu Old Town, which was established in the 15th century and is known as one of the original Swahili settlements on Africa's east coast. Many different peoples have come and left their mark on Lamu, starting with the Chinese in 1415 when survivors from a shipwreck settled on the island and mingled with the locals, followed by domination by Portuguese traders and then liberation by the Omanis who allowed Lamu's culture to flourish. The Chinese are back as they are helping Kenya build a huge port in Lamu to facilitate oil exports from South Sudan.

Lamu is characterized by its narrow streets and lack of vehicles. Walking, donkeys and boats are the modes of transport here.

Riding a dhow across the waters in the Lamu Archipelago.

Our group came to Lamu to celebrate the 30th birthday of Davide, a close friend from Nairobi. He's quite an eccentric character as besides being a motorcycle rider, he's an archer and sailor and what better way to ring in his third decade than sailing on traditional dhows in the beautiful locale of Lamu.

Relaxing in dhows, sailing by mangroves and...

The days were spent relaxing on the many beautiful white sand beaches in the Lamu Archipelago. Dennis and Musini, our local fixer, bringing a cooler of Tuskers ashore.

A great weekend spent with a lovely group of friends. Welcome to your thirties, Davide.

The streets of Lamu are filled with donkeys and... cats. Lots and lots of cats. There are actually established cat corners, where groups of cats will congregate and wait to be fed by generous shop keepers. Sarah loves cats and we lost her for a while here. 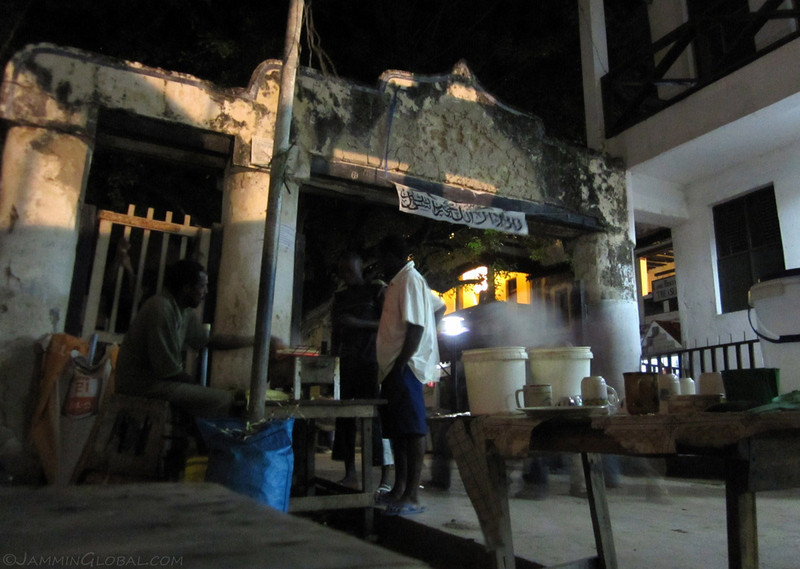 Enjoying a chai (tea) in the evening near the square of Lamu Old Town. 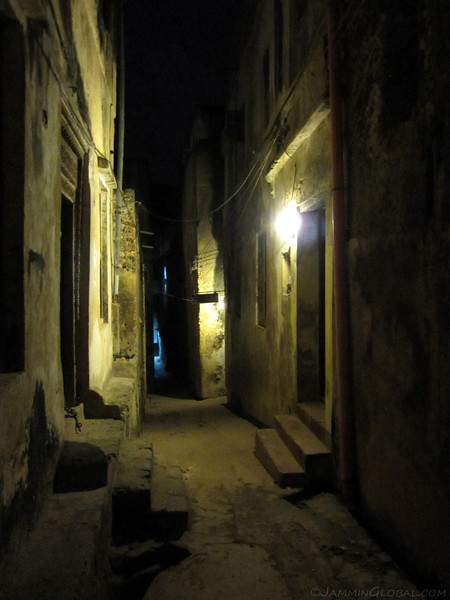 Walking thru the narrow streets of Lamu and wondering how much or how little has changed since centuries past.

Back to Nairobi and visiting the Sheldrick Elephant Orphanage, where they take in orphaned baby elephants and work on reintroducing them back in to the wild when they're ready. They are usually orphaned when their mothers are killed for their tusks. It's sad that poaching still continues today and it's only because there's still a demand for it. ` 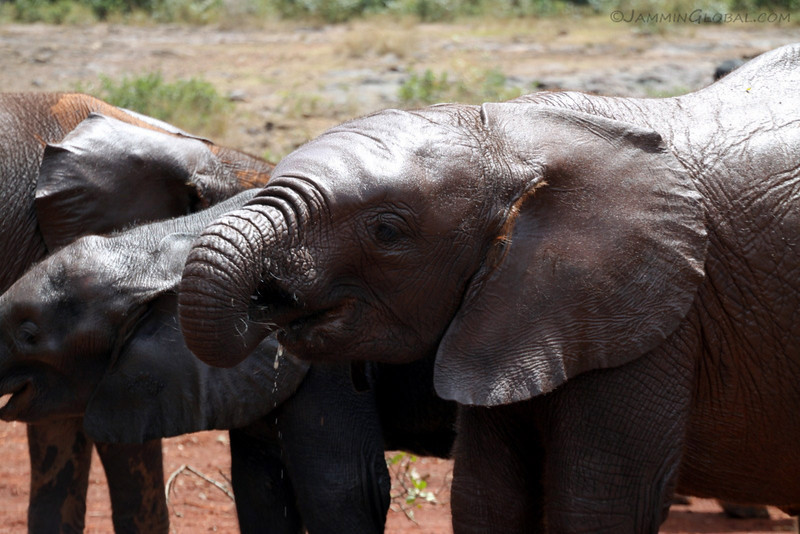 They had babies there from 3 months to 3 years, after which it's time to get back to the wild. But before that, it's all play. They bring out the elephants into a corral and allow visitors to get up close. This guy was looking super cute in the way he drank water. He would snort some up his trunk, get it to his mouth and... 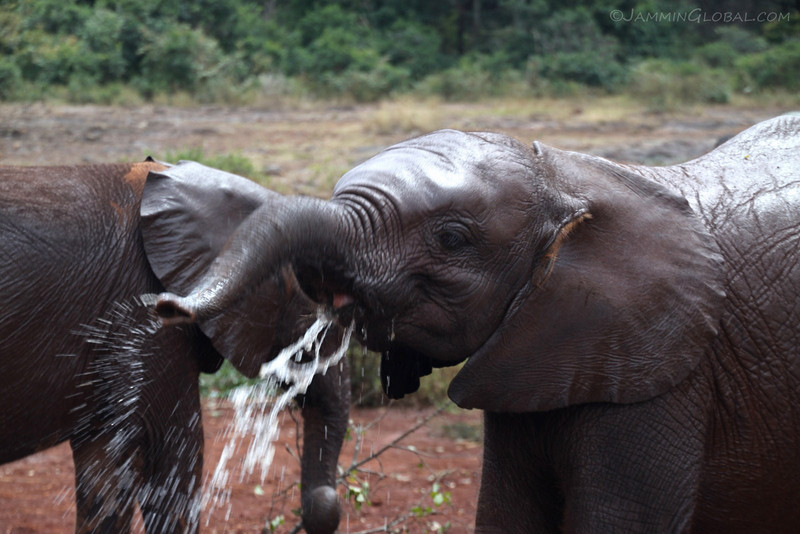 ...then spray most of it out. It must take forever to get a good drink at that rate, but... 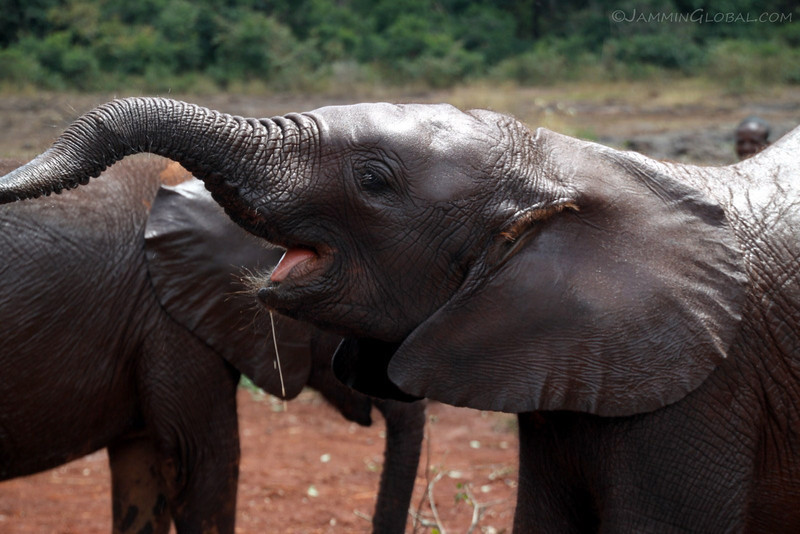 The caretakers at the orphanage really loved their babies and it showed through when they fed them these huge bottles of milk, which is the main component of their diet. I found out there that the milk is based on human milk formula, instead of cow's milk, which is too fatty and difficult for the elephants to breakdown. 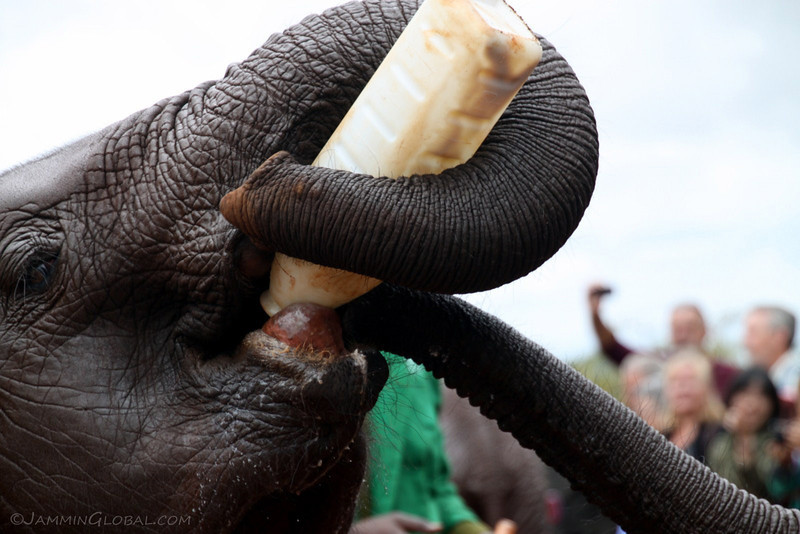 A fun moment when one elephant is trying to suck up milk from another elephant's mouth. 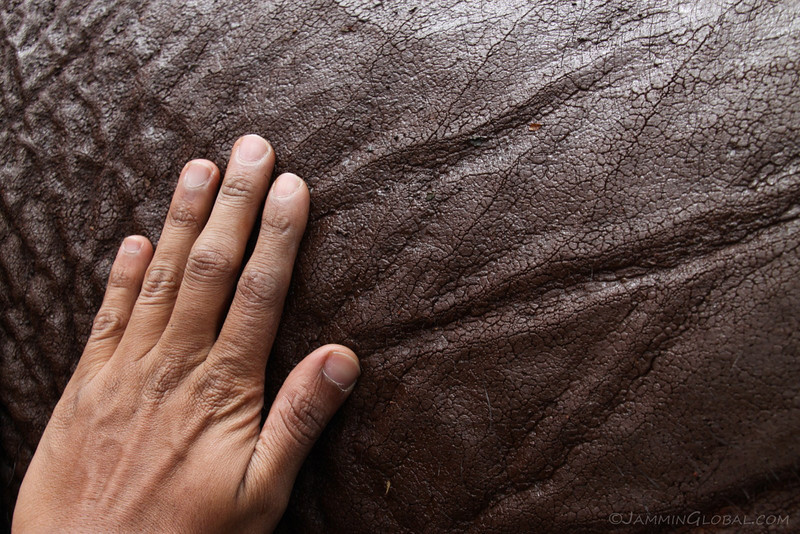 A contrast in brown skins. The elephants are pretty accustomed to the daily visiting humans and it was amazing when they would just stand there, next to the rope drinking water and allow us to touch them. I discovered that their skin is really oily, which must protect them from the sun and the elements. 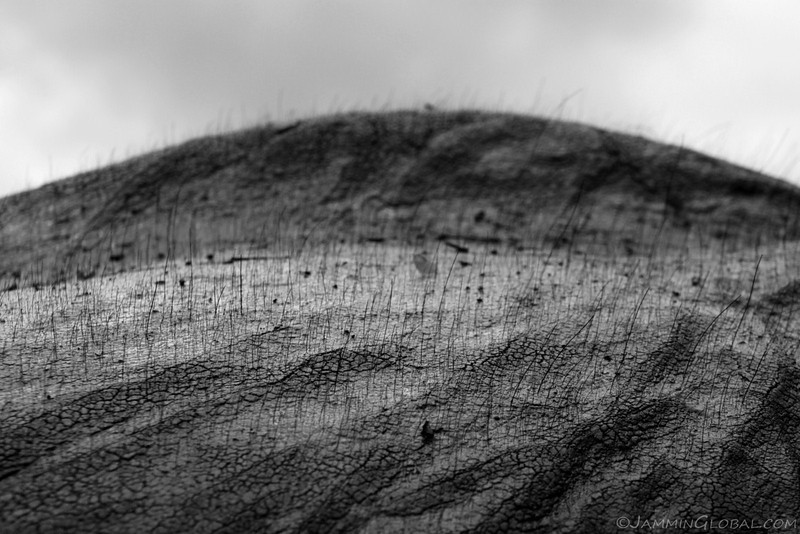 The hairy back of an elephant or... an alien landscape...

The wrinkly, muddy butt of a baby elephant.

The orphanage also takes care of rhinos and this big guy was... 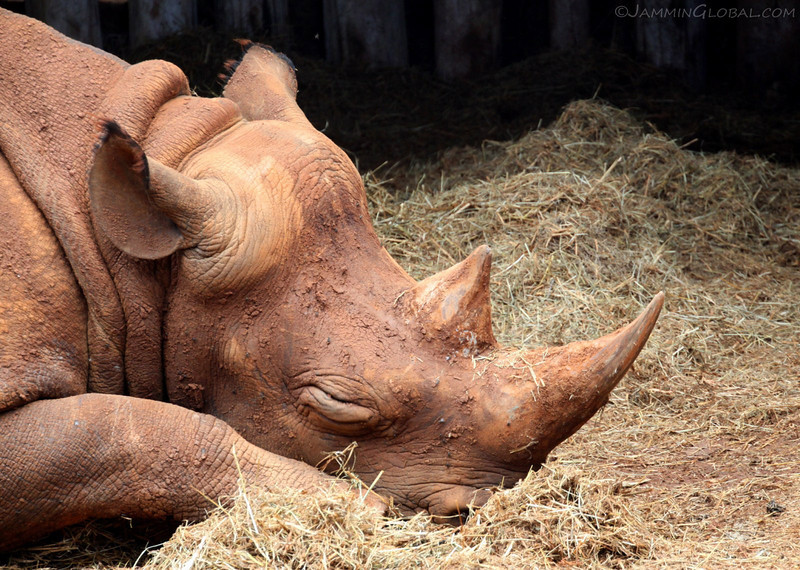 ...blind and couldn't be reintroduced to the wild because he would be killed by other dominant male rhinos. 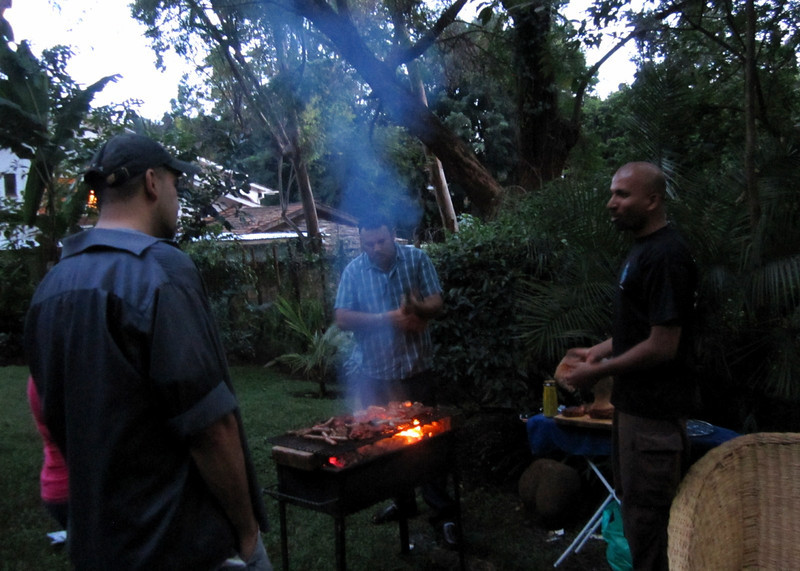 My last weekend in Nairobi and I brought friends from different circles together for a barbeque at Davide's house. 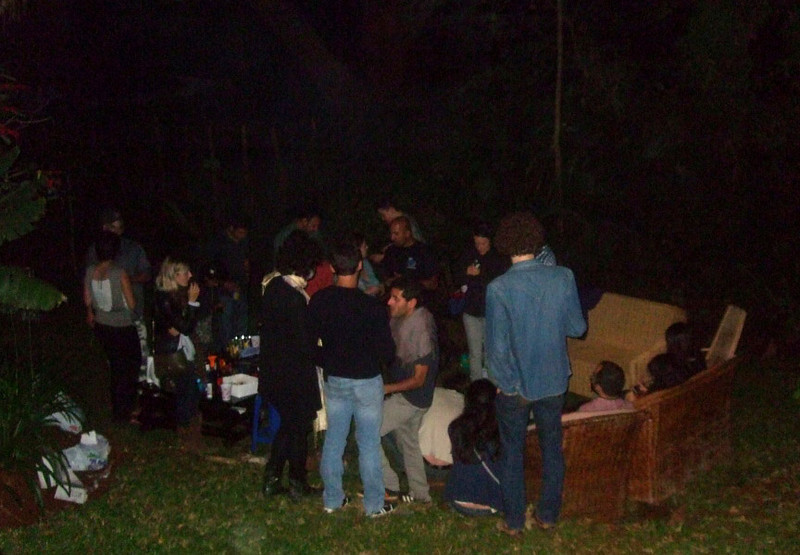 Saying goodbye to the many great friends that I made in Nairobi. I'll miss you all and who knows, maybe I'll be back...
_

Next: Uganda: Fertile Land of Lakes and Rainforests