Transcon: Dirt Riding in Northern Laos and Christmas in Paxan

The journey is nearing its end but the adventure doesn't stop! We left Phonsavanh in the cold and after crossing a mountain range it got really hot and we were back in tropical jungle. We were trying to follow a route along the eastern edge of Laos down to the south but we got lost amongst the construction roads of a huge hydropower project deep in the jungle. The dirt roads were tough with deep ruts and steep climbs and single lane wooden bridges. And on top of that, Noel﻿ just had to find the biggest nail possible and rip his rear tube but with my expert tire changing skills, we were back rolling in under half an hour ;)

We emerged from the jungle roads on smooth tarmac and realized we were heading west towards Thailand instead of south towards Cambodia. Haha, well that's what adventure is all about! We were lost for a reason - exploring new lands on two wheels... Plans changed and we got down to the Mekong River just as the sun set and enjoyed Christmas Dinner in Pakxan with some other two-wheel travelers over hot pot beef and BeerLao.

Now we're in Vientiane, the capital, and it feels so flash compared to where we've been and we splurged on seafood pizza and espressos. One more day left on this Transcontinental ride! 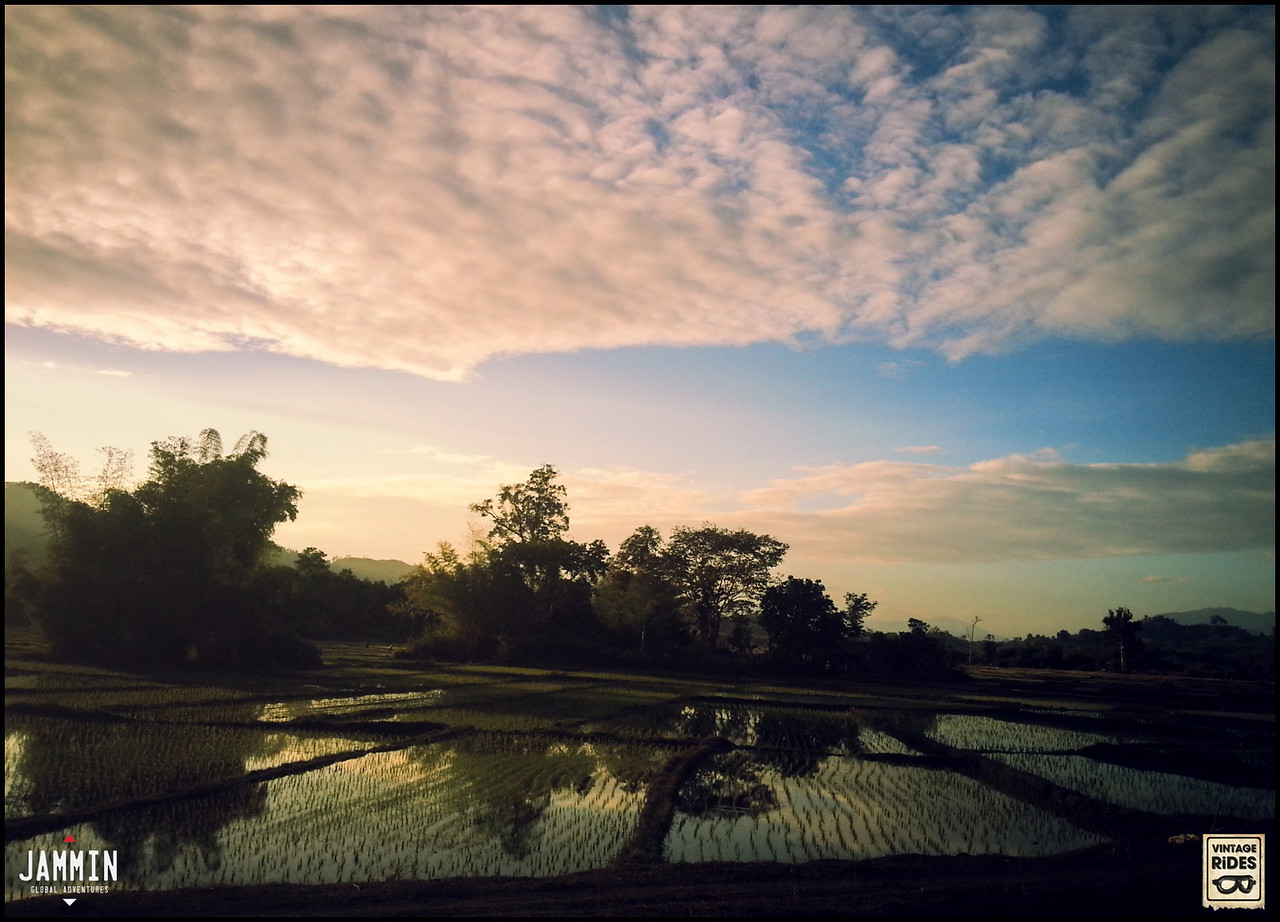 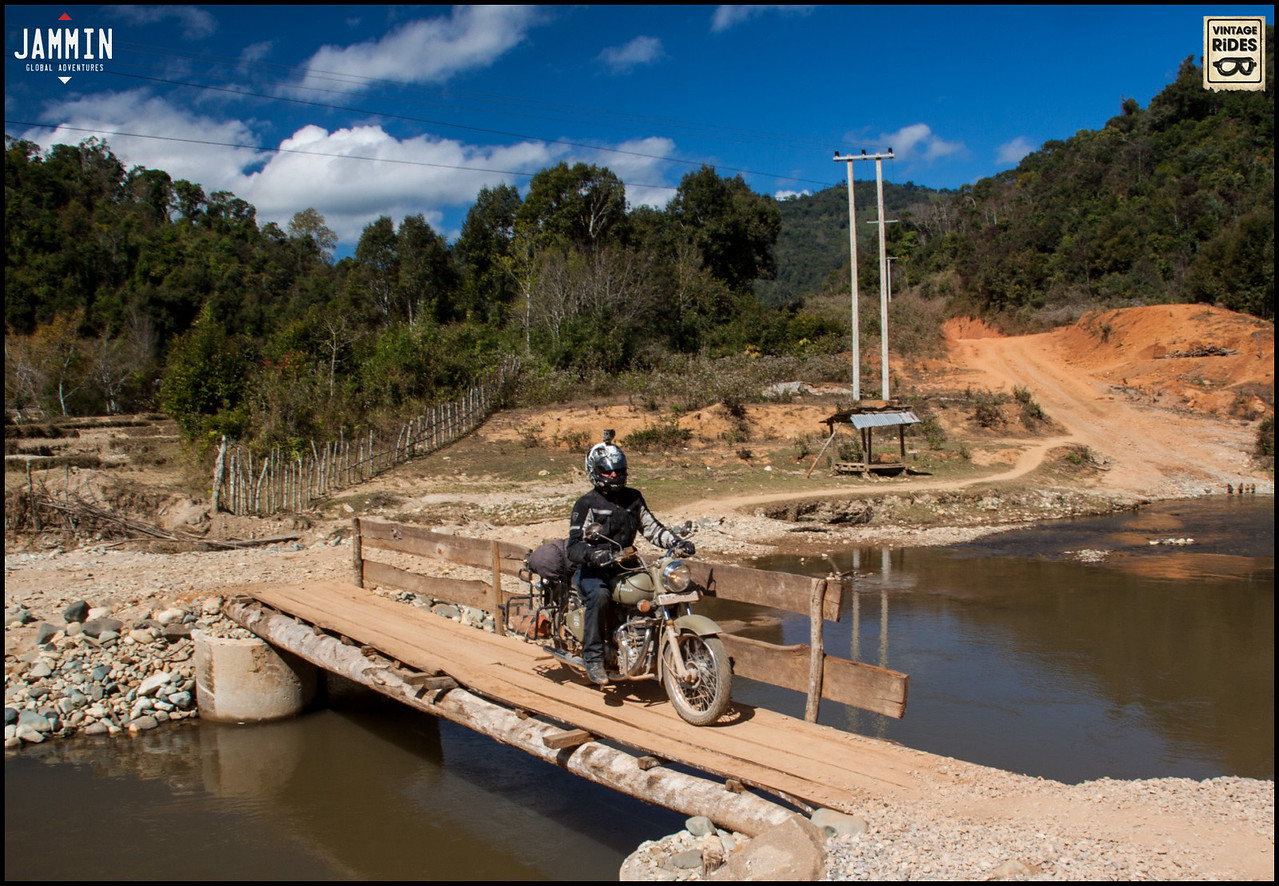 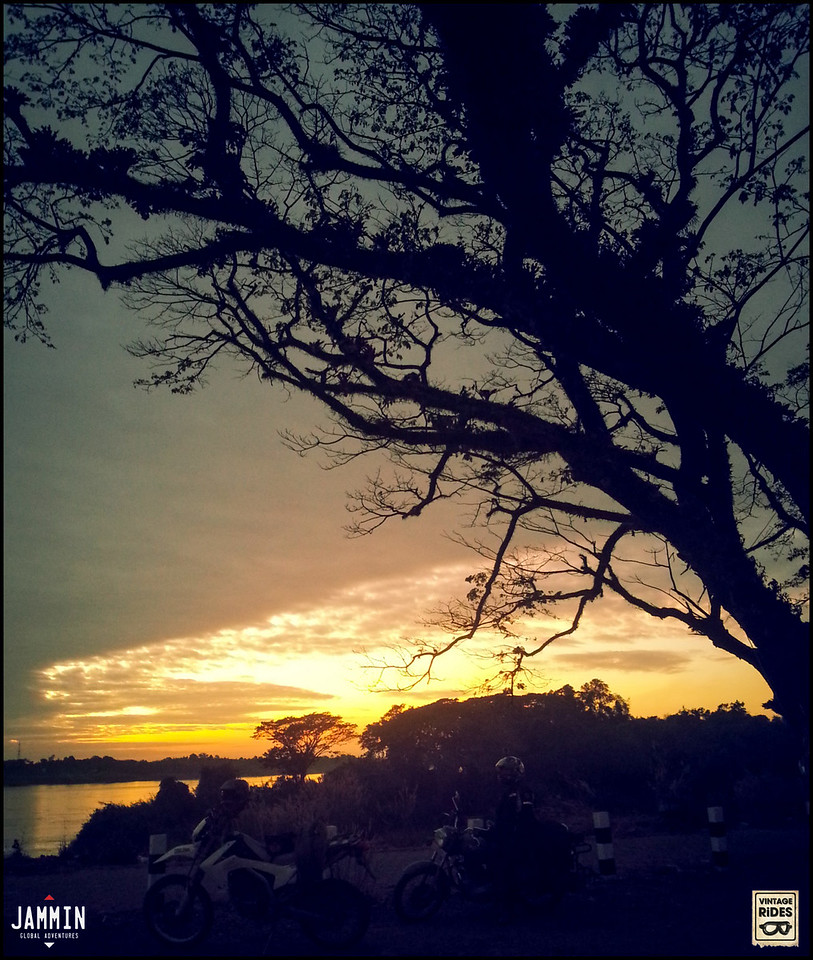