From Pemba, I headed south to Ilha de Moçambique (Mozambique Island), the small island that was the epicenter of Portuguese East Africa. It lies just off the coast, near Nampula, and at 3 kms long by 500 m wide, it's densely packed with old Portuguese colonial buildings and infused with Arabic and Swahili culture. Vasco da Gama landed on the island in 1498 and subsequently, the Portuguese established a naval base to resupply and protect their trade routes to India. Before the Portuguese arrived, an Arab merchant with the name of Musa-Al-Big was living there and his name was given to the island and later to the mainland.

Besides soaking in the colonial architecture and the relaxed vibe of Ilha de Moçambique, I was there to visit a charity organization called Projecto Oceano who run afterschool programs for the kids on the island. As per my duties to The Muskoka Foundation, who connect overland travelers with volunteer opportunities, I was there to see if Projecto Oceano would be a good partner for Muskoka.

I left sunny Pemba and realized that I was riding straight into a thunderstorm. Battling the crosswinds made for a good workout.

Enjoying the sight of pointed inselbergs that dot the northern Mozambican landscape.

I caught up with the thunderstorm and just as before, I sought shelter with the locals as the heaviest of the rain and lightning passed. 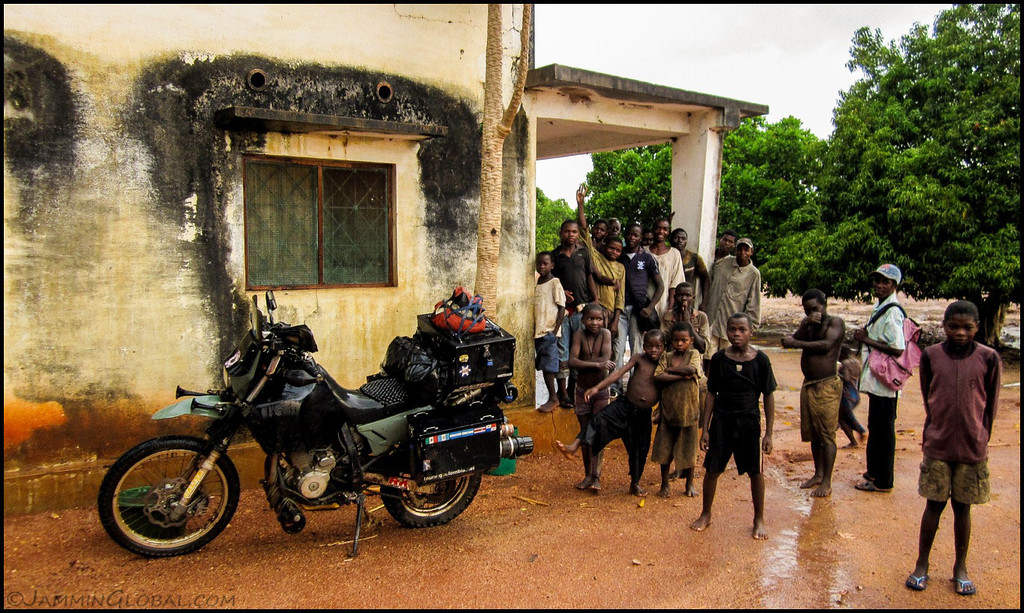 Friendly guys and curious about this stranger on his grande moto. 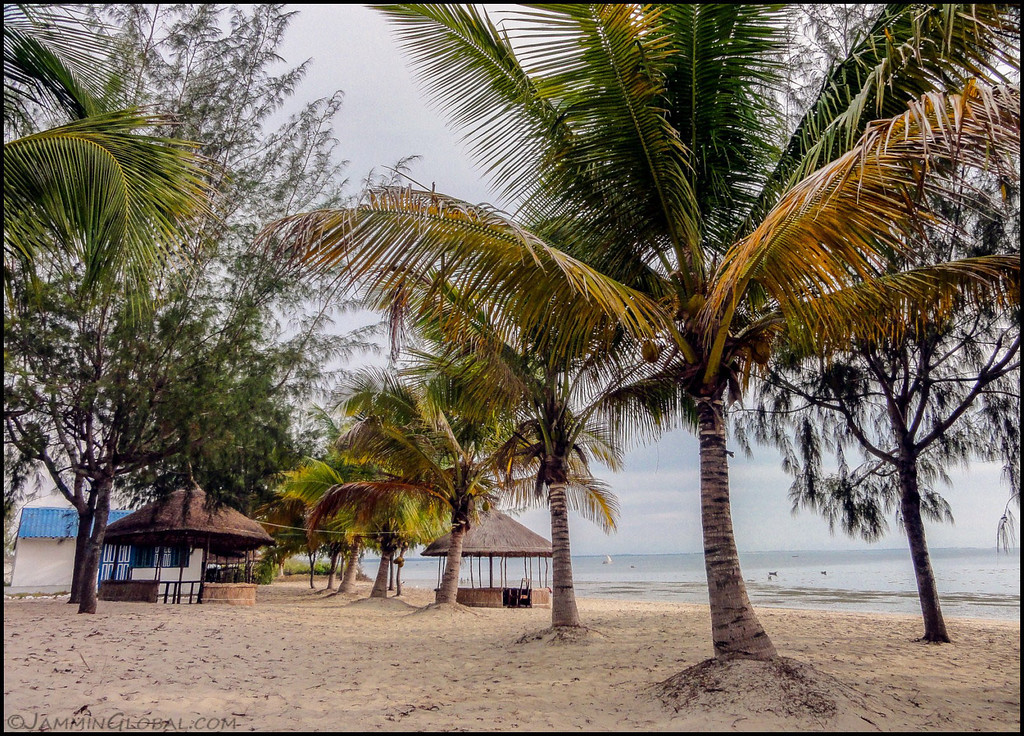 The rain eased and after 409 kms (254 mi) from Pemba, I arrived at Causarina Camping, just across from Ilha de Moçambique. The place was empty and I setup camp under one of those thatched huts.

A beautiful view from my beach campsite. That's Ilha de Moçambique on the horizon, connected to the mainland by a single lane causeway. 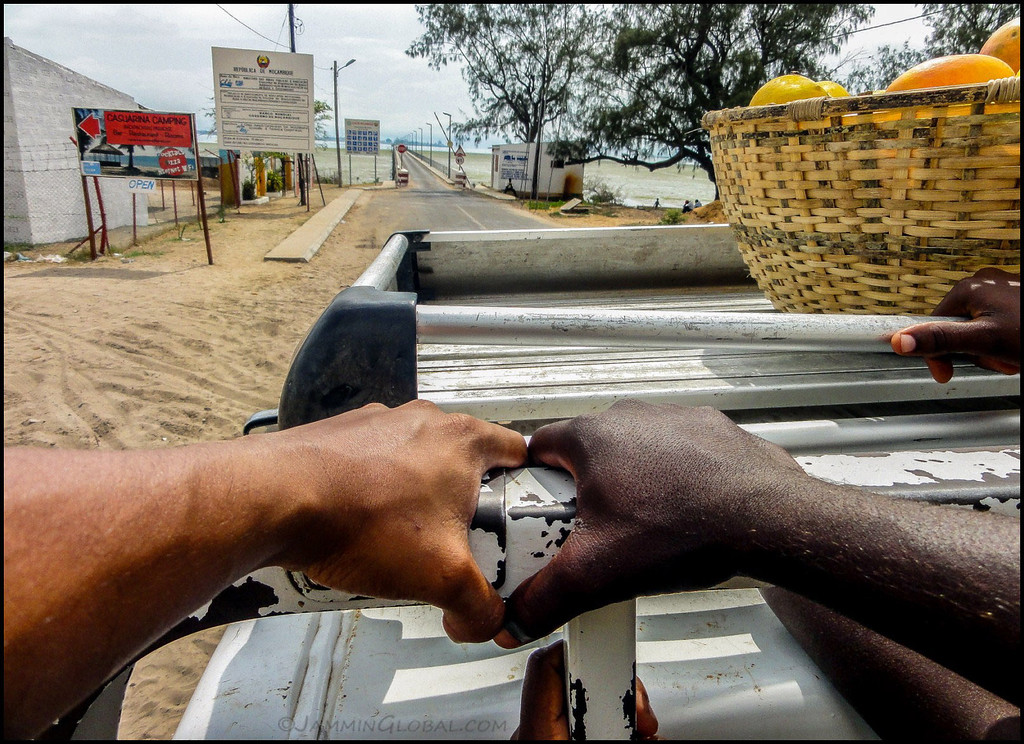 The next morning, I boarded a pickup just like everyone else going to Ilha for the day. The driver waits till the truck is packed and that means patrons grab on to anywhere they can. (I'm telling you, I blend in so well with my one brown hand and one black hand :p ) 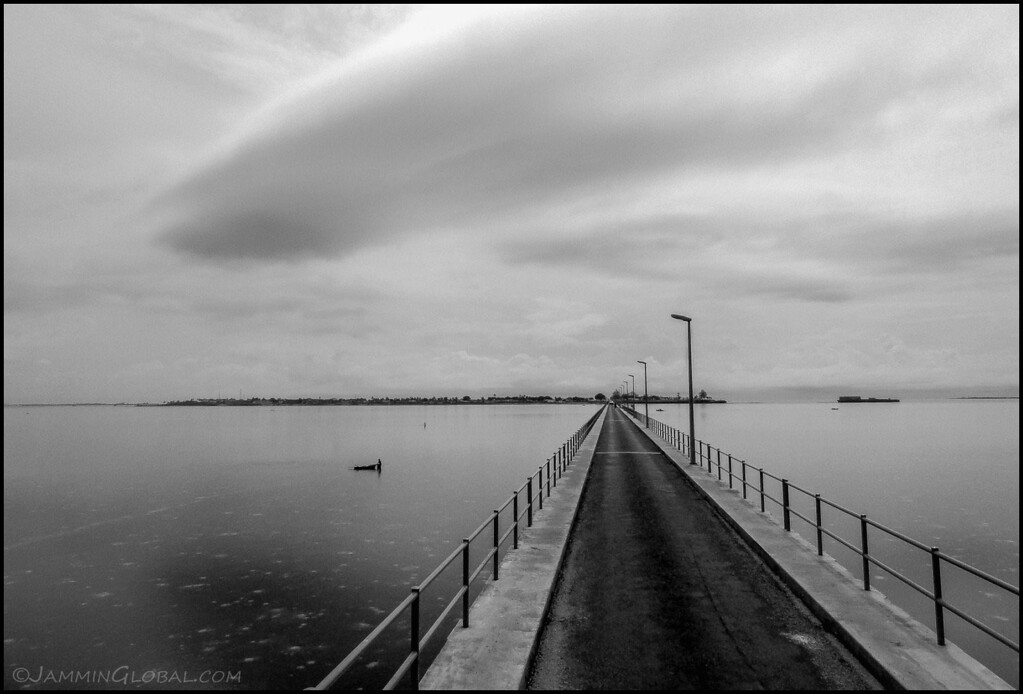 Riding to Ilha de Moçambique on the single-lane causeway, which was built in the 1960s.

Fishermen walking on water. The bay is very shallow and the tides create dramatic changes.

Entering Ilha de Moçambique and passing through Makuti Town, where the majority of the island's inhabitants live. Renamo is the opposing political party in Mozambique and they fought a brutal civil war from 1977 to 1992 with Frelimo, who are currently in charge. Renamo generally control the north, which is less developed, while Frelimo controls the south, the more prosperous half of Mozambique.

I hopped off the pickup truck and strolled around empty Stone Town, noting this old madrasa (Islamic school).

The buildings on Ilha de Moçambique are pretty rundown but as captured here, there's quite an effort to spruce things up with some new paint and attract the tourists. I've been told that Ilha is like what Zanzibar was before it became popular.

A friendly fruit vendor who encouraged me to try this... 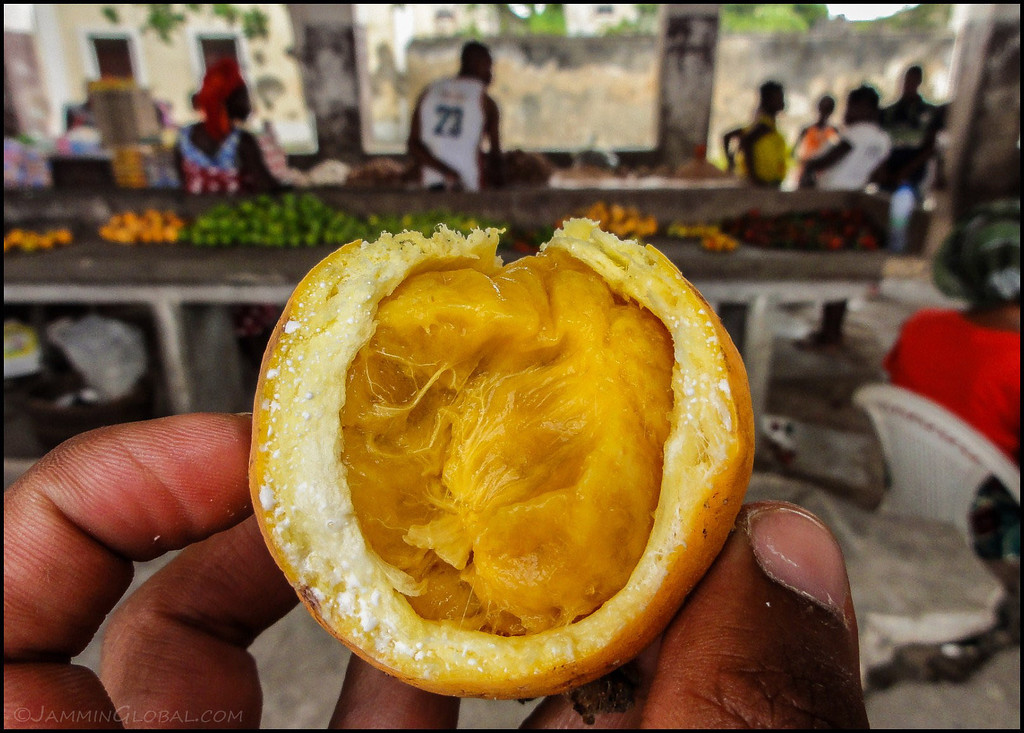 ...super sour fruit. He sprinkled some sea salt on it but it was still pretty sour. Hey, I'll try anything at least once.

Fishermen repairing their boat. Ilha de Moçambique was a big port in its hey days but things have slumped as business has moved to other ports, such as the new one at Nacala.

Time for a mid-morning snack and I found this hole-in-the-wall eatery. It was a family's house and I was sitting at their dining table with a bed to my right and a washing area in front.

They were serving up fried camarões (shrimp) for 5 Meticais ($0.17) for a bunch and 5 Mets for the boiled cassava. Served with a tangy hot sauce.

The man of the fried camarões house and... 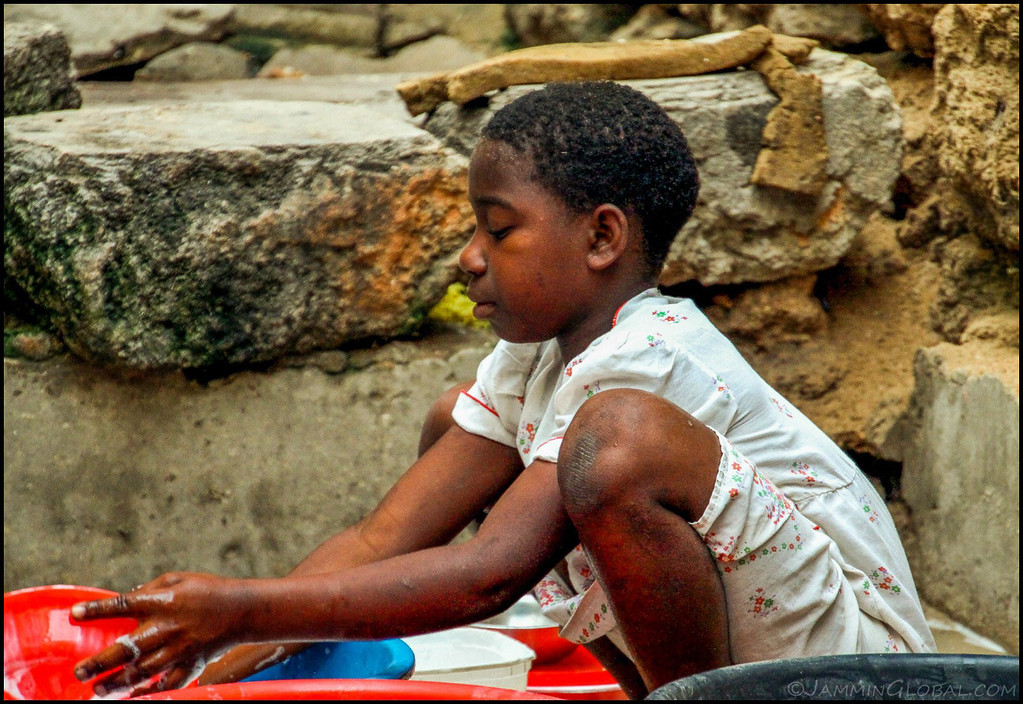 ...his daughter who was tasked with cleaning and washing.

Back on the streets and walking past the old armory.

A grounded dhow, which once transported people and now transports nutrients. 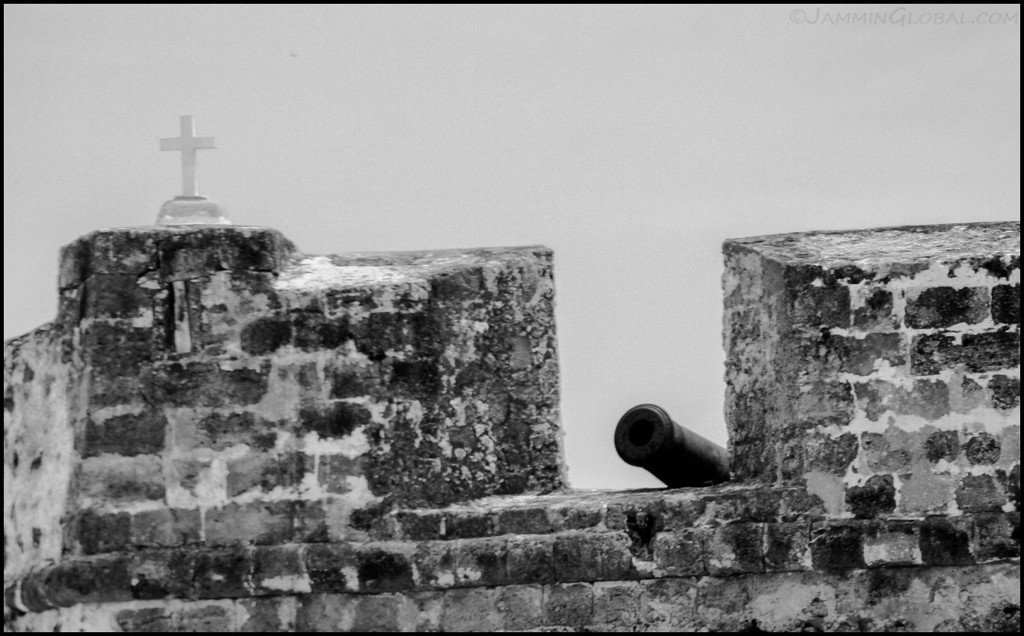 The statue of Luis de Camões, a poet who fell in love with a local slave girl.

The old and the new. The entire island is a UNESCO World Heritage site and money is pouring in to renovate the dilapidated buildings and turn them into boutique hotels.

A star-shaped cake that a boy was selling down one of the numerous alleys in Stone Town. 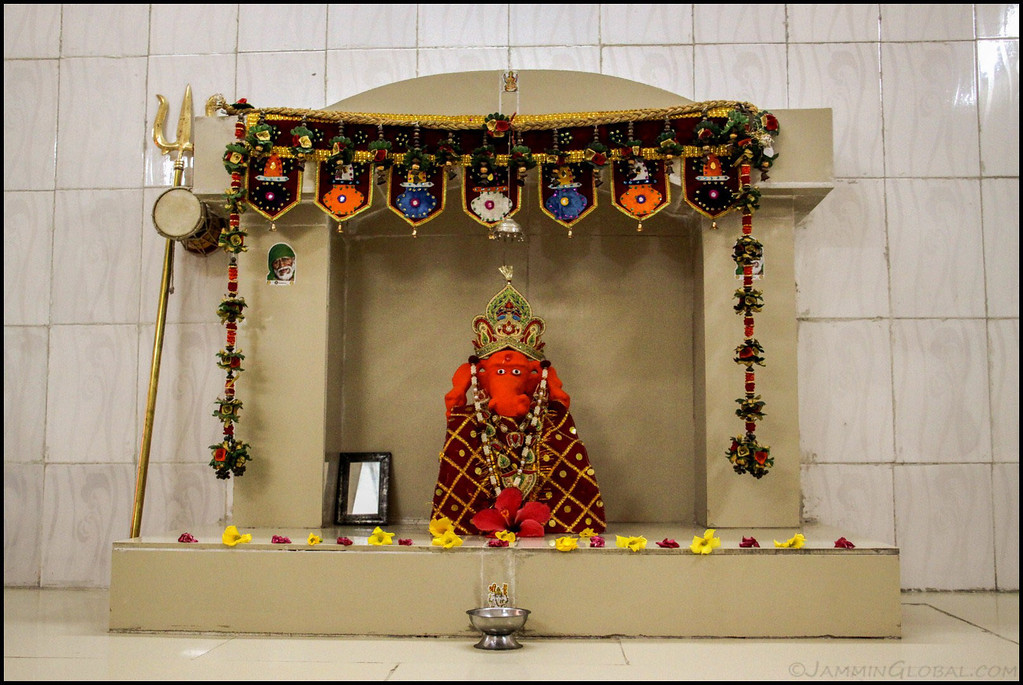 Ganesha on Ilha. I stopped by the Hindu temple that's been here for a few centuries. Such a mix of cultures on such a small island. 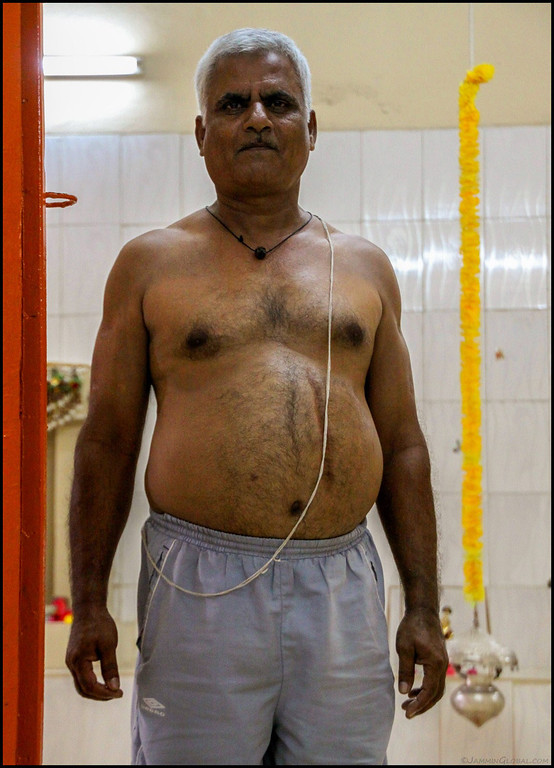 The Hindu priest, stationed all by his lonesome self on Ilha. He was so excited to meet another Indian as his family is back in Diu, an ex-Portuguese colony in western India.

I met up with Rob, who rode down a day later than me from Pemba and we both met up with Jessica who runs Projecto Oceano. 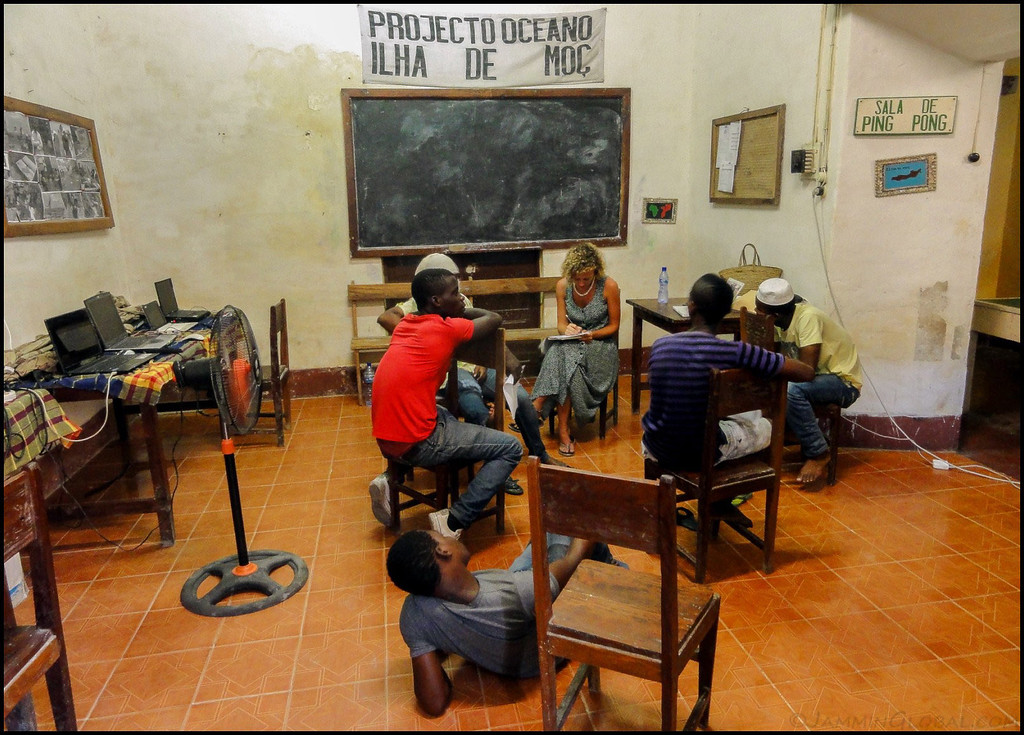 Jessica having a weekly meeting with some of her students. Her organization provides afterschool activities for the kids as the educational system on the island is very basic. I was here to see whether Projecto Oceano would like to partner with The Muskoka Foundation, who connect overland travelers with volunteer opportunities in distant lands. I got the ball rolling and now, the next Muskoka traveler coming down Africa can choose to spend a few days on Ilha and run some workshops with Jessica for the kids.

The old port on Ilha, which traded heavily in spices, gold and slaves.

A guard and his friend playing their version of mancala next to a huge canon.

A papaya tree taking root in this poor old building. Given enough time, Nature will reconquer our bricks and mortar.

A beautiful coconut tree seen through a space among the crowd of old buildings. 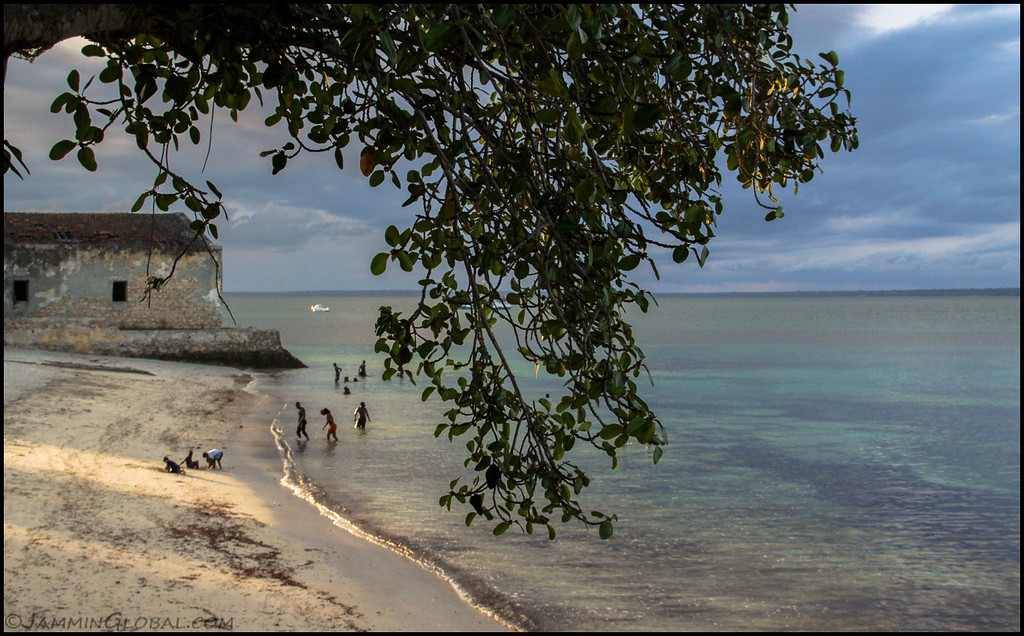 The day ending over the Church of Santo António. 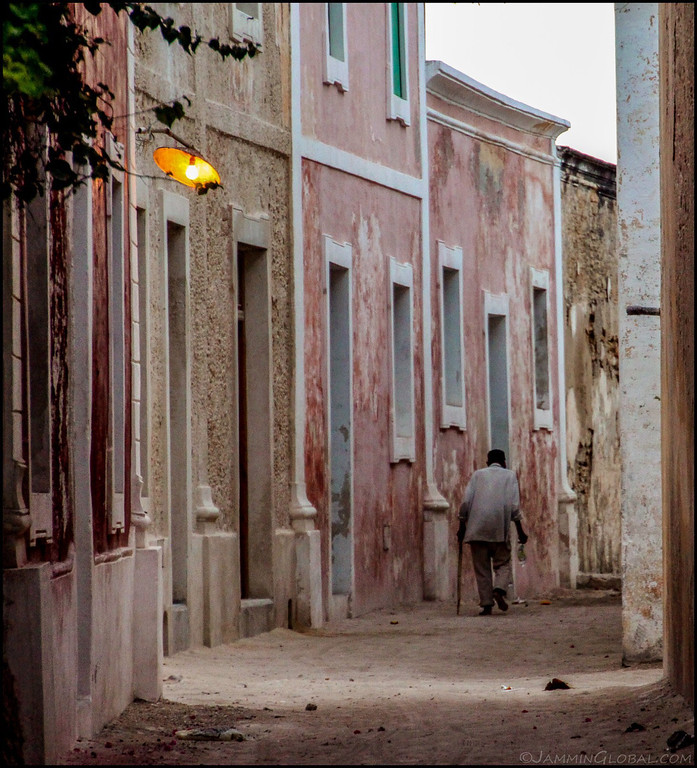 Heading home down the colorful alleys of Ilha de Moçambique. 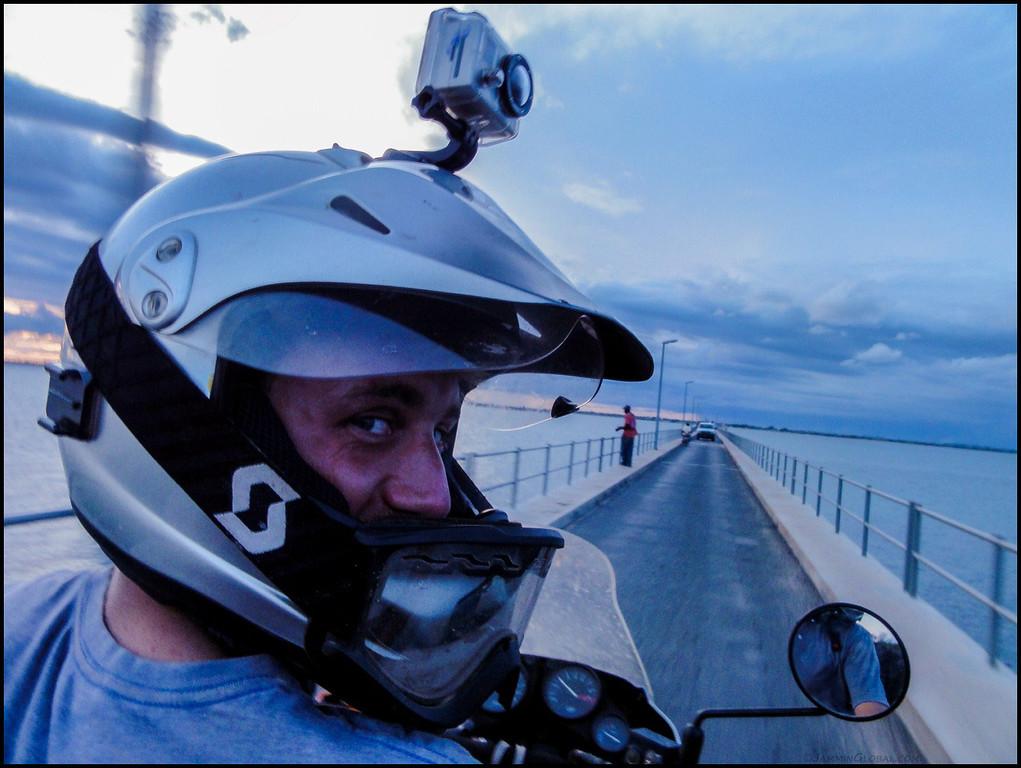 And it was time for Rob and I to head back to our campsite, across the bridge.
_
A beautiful day on Ilha de Moçambique and I'm happy I could visit her before commercialization takes over. There's tasty food, quiet and historical streets to meander through and beautiful, warm people to meet.